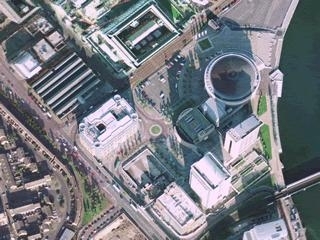 The Four Winds consists of a number of versatile venues in one complex. The ground floor houses the Blue Glass Wine Bar, a bistro & wine bar and the Lounge Bar with comfy sofas & widescreen TV making it the place to relax. Situated on the top floor are Ink Restaurant & Ink Private Dining Room, both offering superb food & views not to mention a luxurious dining environment.

Map Showing the Location of The Four Winds

Is this the wrong position for The Four Winds? If you think so, then modify its position.

Get Directions to The Four Winds

Click / Tap the button above to get directions from where you are to The Four Winds.

Customer Comments and Reviews of The Four Winds


There now follows 26 other reviews of The Four Winds. You can also ... Add a Review

Booked table online nobody even sent one back to confirm booking so went in on sunday and was told by staff they don't bother anymore. Good staff not!!! Was also told they had no booking that same night talk about getting put off...who ever owns this place good luck cant see beeping open to long..

My husband and i had dinner on Saturday 3rd March in the downstairs restaurant and had 3 courses each, all of which where great. The service was excellent considering how busy it was and we look forwad to returning soon

Had lunch in the Four Winds today. I had a soup (small bowl) and a sandwich known as the combo for 5.95. The sandwich consisted of 1 round of bread - cut into to triangles. So Â£3 for a round of bread with filling and Â£3 for soup. My friend's sandwich (with 2 rounds) cost Â£5. Needless to say - we won't be back.

took family out for a well earned dinner .evening started well waiter seated us quite quickly ,down in the dungeon unfortunately as we hadnt booked .plenty of free tables but that was ok .he then proceded to get us menus took drinks order came back after 10 mins with drinks and took our meal order ,all good so far and i should add i ordered another drink at this stage . .we then waited a further 15 mins for starters which a girl brought ,these were tasteless cheesy garlic bread and the onion rings were a greasy mess .so we finished the starter now came the long wait still no sign of my drink noone came to clear table 35 minutes later some random waitress comes and takes plates away ,by this time kids are bored im getting tired and the night is ruined .dinner eventually comes the overpriced fish and chips is a disaster fih is swimming in grease and the chips are undercooked (how hard is it to cook chips) i ordered the special steak ale pie and chips mmmm lovely. unfortunately not the pie should have been called carrot pie it had carrots the size of chips inside and a wafer thin topping of cheap puff pastry . no texture no flavour pathetic .my daughter had a chicken burger she said was ok but very dry . i would like this place to be great its 5 minutes from my house but yet again it fails to deliver .the menu hasnt changed from my last meal either nearly 4 years ago and it was bad then .

I have been coming here for years

great place really enjoyed my meal and staff were excellent. as for the customers who are complaining they clearly dont know good service some people arent happy unless there complaing about something they would be best sitting in there house!!!!there is no need to be rude to the staff!!

Terrible service. I popped in for dinner on my own as my husband was working and it was close to where I was to pick him up before we went to visit my mother in hospital. Clearly the staff had some sort of problem that I was dining alone; they were very slow to come over to the table with a menu and I had to wait another 10minutes before my order was taken. During this time, I noticed that 3 women who came in after me were given menus immediately and a drinks order taken; the same was true for 2 women who came in with 2 children. After eventually getting my meal, I then waited, again, for my plate to be taken away and ordered a coffee. After 15 minutes waiting, despite the fact, the staff served drinks to other customers, I eventually got up to leave. When paying at the bar, I pointed out that I had been waiting for 15 minutes for a coffee that never arrived. The response was a mumbled "...Oh, right".

I will neveeat there again and, trust me, I will be spreading the word about its appalling service to friends and family. My husband will be doing the same. Shame on you Four Winds.

Booked a table for ten on Saturday night in Ink. We all had starters and mains, some had desert. Not one person had anything but praise for the quality of the food. Service was reasonably good the only negative being the time it took to get all ten mains out - mine came last as usual. I will definitely be back simply for the good quality food.

sad to say the standard of service at the Four Winds has dropped dramatically in last few months. Used to go here regularly with my young family as it was local. I don't know what has happened but the last two times we were there the food on the first occassion was appauling and the second time we got up and left as we sat there for 15 minutes without beingn served. Have e-mailed management about this weeks ago and received no reply. Dreadful customer service. Try the Errigle instead - warm, cost, excellent customer service and great quality food! everything the Four Winds isn't

Been to the Winds on numerous occasions over the past year (at least six times) the food is excellent, piping hot and is served by friendly staff a real improvement according to some posts(possibly the music could be updated?)

Have been there 3 times over the past year and the food is fab. The staff work hard and have quite a lot of tables to wait on. Last night l felt they all did a jolly good job. Looking forward to going back more so that to a very prestigious upmarket city centre venue that l have been in recently!!. Well done Four Winds

we eat regularly in the bistro. The food is always good and , as we almost always have our children and grandchildren with us we appreciate the child friendly atmosphere. one small complaint service could be quicker.

wow so many bad comments!!! i disagree with the whole aspect of terrible service!!! any time my wife and i are in the place it is run very well!!! mangement do an excellent job facilitating the needs of customers!!!! however i do think sometimes the place could do with a few more staff members as very ocassionally ther is a wait for drinks because the staff are so busy running about!!!!

p.s i noticed that the tip jar was full the day i visited meanin ther must have been many satisfied customers!!!

just read the comment below and have to disagree with the service aspect and every time i am in it is full of local people i know from the area. Have to agree about the music and the door but i think that it is better than you make out and all my friends agree.

as a local its sad to see such a lovely venue so badly managed. The waitresses do not want to do table service only pick up empty glasses giving the impression they want you out, have no interest in their job. Air conditioning on most of the time and turned up about an hour before closing to make sure you don't overstay your welcome. I have spoken to so many locals who say they would never go near the place and instead get taxis elsewhere, how sad.

Please Wine Inns don't spend your money on silly revolving doors, get a good manager, train your staff, get rid of those ridiculous aprons which look like they belong in a forge, get a few decent groups with more variety in music. How about folk nights and country nights as well as the modern stuff. Use the disco facility upstairs for the young people. You are paying door staff to do nothing, not much chance of troble last night for example, two doormen and about twenty people in the lounge and most looked like teachers sipping on a galss of wine for a couple of hours.

Please do something soon before it's too late.

Was in recently to watch the football- excellent as you had comfy seats and large screen tv. However need to have more range of lagers- no becks, heinkeen or carlsberg. However would still go back due to reasons above and good bar staff. Also food is v good.

The four winds in belfast newton park is overpriced,the waiting staff are rude,slow and incompetent,the food is below standard and they do not respect loyal customers(see my village for further examples).They have lost our custom.

rubbish - pretentious wannabe 'in place'. used to live nearby and made the effort to travel to anywhere else for a pint.

Nice place if you are looking for a quiet night. Prices are the same as everywhere else. Its a bit far out from the centre of Belfast where all the action is, but there is plenty of parking available.

If its late at night and you've had a few drinks...make sure the barman gives you the correct change..

the four winds can be a hit and a miss, for the most part the place is spot on, good food, and despite everyone complaining about the price of drink it is competitive. This place has something for every ocassion and can provide a great night out catching up or for dinner with the family, or a romantic date up in ink. Special comment to Lurch, the barman, whitt woooo ;)

Come on, give the place a break here people, when not in uni i work there, and the four winds rocks! The food is superb, complimented by excellent customer service... for the most part, lol. Give it a shot over the summer, when i'l be there and u'l see how great it can be!

Ok, it used to be better. Food is average.

looks like an airport lounge inside and is very big, but with soo little people there, the atmosphere is non exsistant. Food average.

Quality bar, Great for soakin it up with a pint for the footy with ur mates, cmon united

You can add your own review or edit the details of this page.

Want To Keep Up To Date?